“Welcome one and all to the Foley Funhouse!”

“Our friends at the police are there to protect and serve.”

“It’s their job to make sure they catch criminals and put them behind bars to protect Arcadia.”

“So today, I’ve asked a good friend of mine to come along and talk about the police; his name is Jack and he’s a Juggalo.”

“Felix, you got a short memory brah. Lemme tell ya’ll a story.”

“There was once a mild mannered mother fucker who ran this quaint little show for the kids of Arcadia – let’s call him Frank. Every single fuckin’ day, this sumbitch would go out on stage with his friends and entertain the youth.”

“Until one day, Zeus caught wind of the show.”

“And he heard Frank tell the kids that Zeus was the leader, but that he didn’t allow elections cause he was afraid of being fuckin’ replaced.”

“Next day, poor Frank stepped on stage to find the crowd full of different faces. Those little kids were replaced by the A.P fuckin’ D. Those cunts raided the funhouse, stole various of Frank’s friends, arrested Frank under propaganda laws and accused him of being a fuckin’ Uprising nark.” 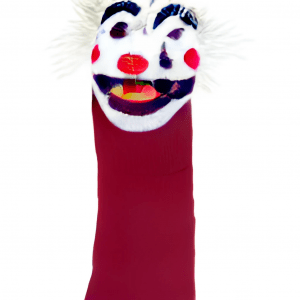 “The police were surely only doing their jobs though, weren’t they? They thought they were arresting a member of the Uprising.”

“See, I don’t know if this fuck dropped the soap and banged his head whilst having his brown pocket turned inside out, but the police weren’t there to protect and fucking serve. They were the fuckin’ boogeyman.”

“They were there to follow the orders of our corrupt fuckin’ leader.”

“Jackson Cade, you weren’t there that day, mother fucker.”

“This fuckin’ idiot was too, lest he forget.”

“Whilst you’re gaggin’ on the cock of your fearless leader, suckin’ down every salty drop of bullshit he feeds you, poor innocent people get fuckin’ hurt. You think you’re out here doin’ what’s right for Arcadia, but all you mother fuckers are doin’ is helpin’ that corrupt fuck keep his fuckin’ hand clasped around the throat of its people.”

“You’re the mother fuckin’ hand wrapped tightly around its god damn throat, bringin’ the rest of us cunts to our knees.”

“You ain’t gonna find Felix Foley bent over like a prison whore, waitin’ to receive.”

“We ain’t interested in the salty truth belongin’ to Zeus.”

“It’s time we got our revenge.”

“That’s a truly terrible story, Juggalo Jack. I guess the police aren’t always here to support the publics best interest – especially if it differs from that of their own.”

“You ain’t remember shit, do you?”

“I have no idea what you’re talking about, friend. But that does lead us to Foley’s thought.”

“The police are supposed to be there to protect and serve, but as Juggalo Jack has proven, that’s not always the case. Be safe, children. Do what’s right. Say what’s right. That way you’ll be safe.”

by Felix Foley
in Promo
0

From a Different Cloth

The Debt of Desire